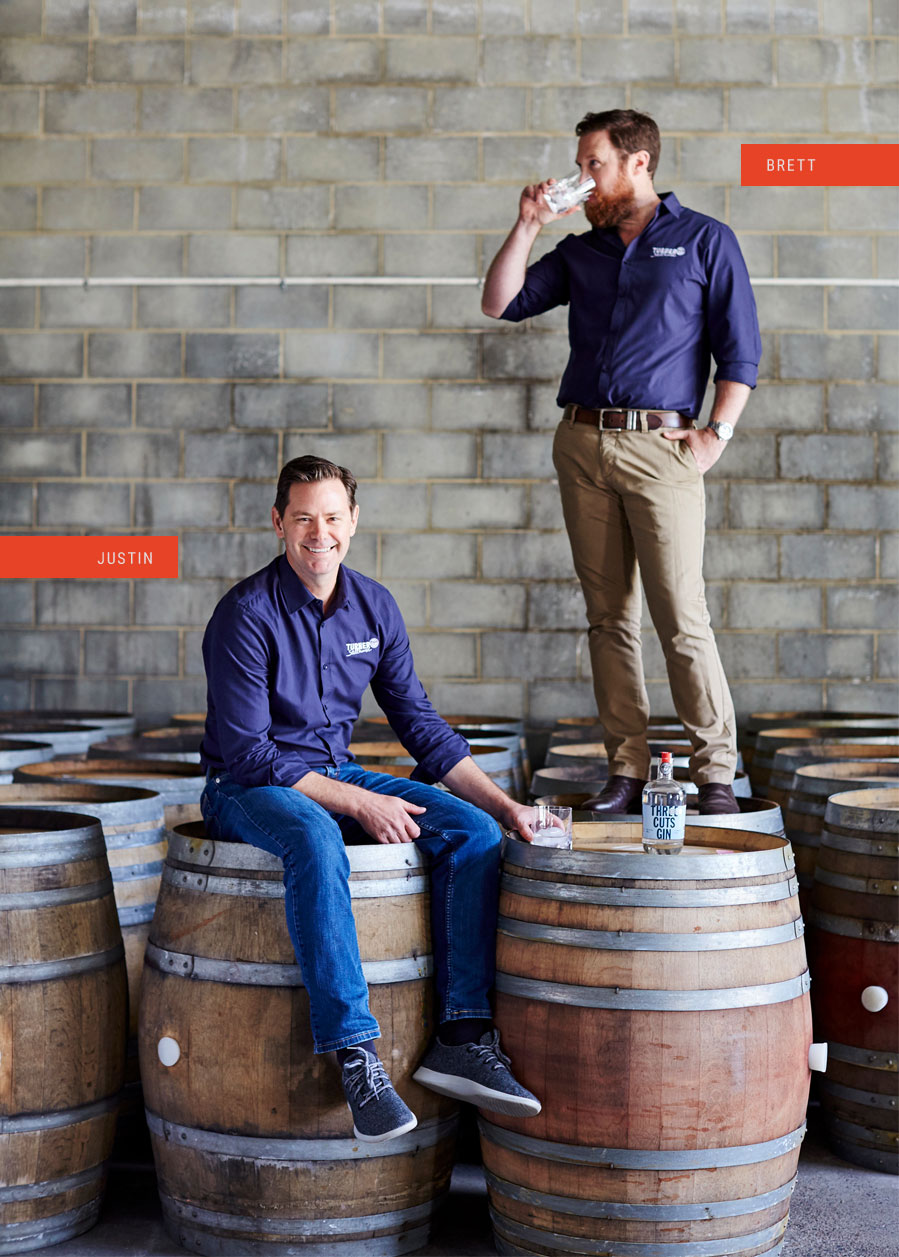 Turner Stillhouse’s Founder and Distiller, Justin Turner, is an American in Tasmania. He married a Tasmanian from a multi-generational farming family and has cultivated an obsession with Tasmanian spirits and food ever since. Born and raised in Northern California, Justin’s family owned and operated a family winery that also produced brandy and other spirits – distilling is in his blood.   Justin founded Turner Stillhouse to fuse the art of craft spirits and modern technology, and with the ambition to create consistently awesome spirits – each and every time.   He brings creativity to his recipes and a unique American approach, while working within the tradition of fine Tasmanian distilling.

Brett is a Tasmanian with an extensive brewing background and serves alongside Justin as the Company’s co-distiller.    Brett worked for many years  for the state’s biggest brewery, and is a self-confessed ‘Liquor Enthusiast’, having spent the majority of his career working within the liquor industry.  More recently he pursued his passion for quality craft spirits, and after passing his distilling exams through the Institute of Brewing and Distilling (IBD), he jumped at the opportunity to join Turner Stillhouse.  Brett likes to collect antique Tasmanian furniture to store his ever growing whisky collection.

We look forward to handcrafting best in class Gin, Whisky (single malt and American style), and other select spirits.

Subscribe to our newsletter to receive latest news and exciting updates on our products, tastings and tours.